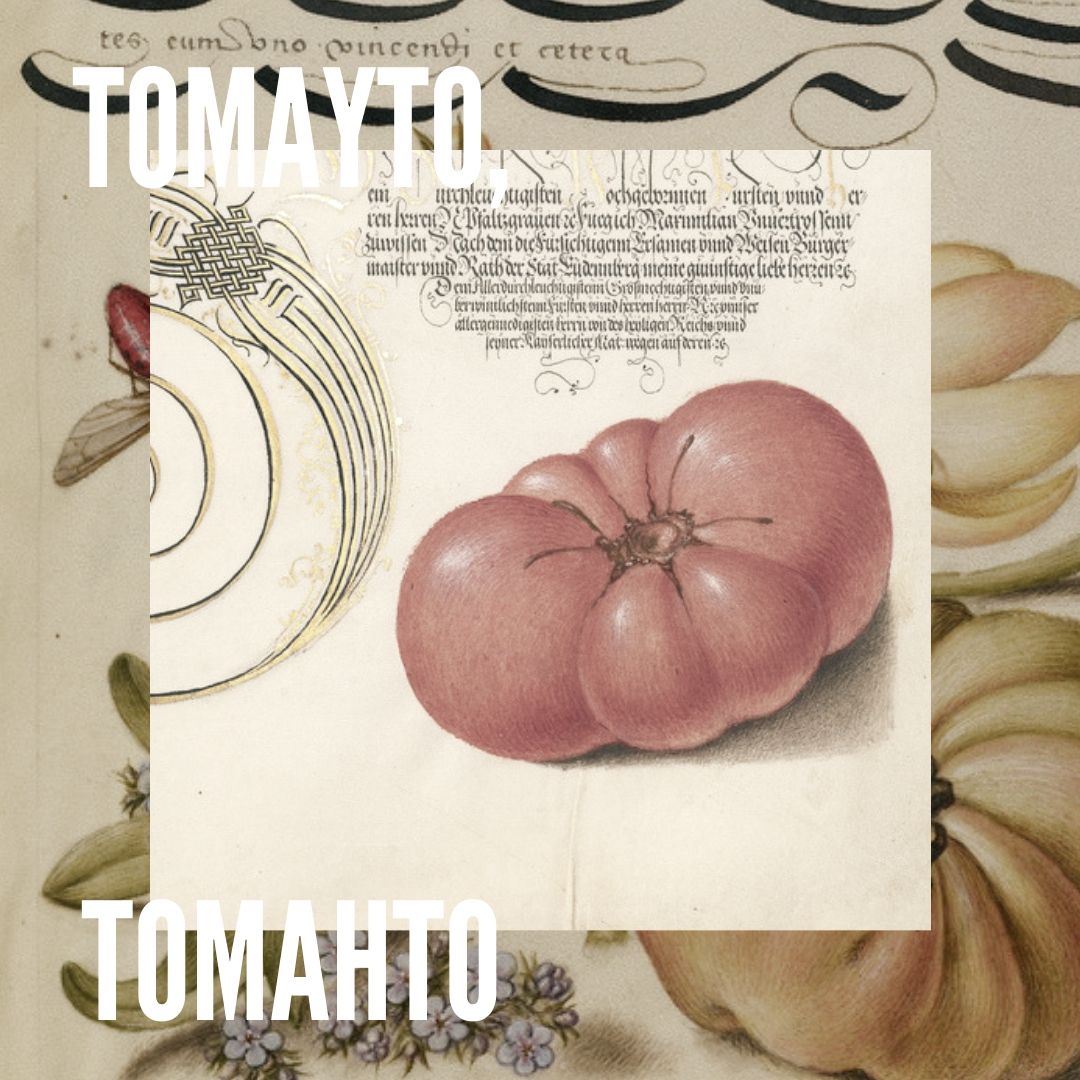 Summer is getting to an end here is Spain. With these high temperatures I havn´t felt like making elaborate meals to be honest, so this is when our friends the seasonal fruit and vegetables have come in handy. Quite a lot of gazpacho was stacked in the fridge as part of a quick meal, which means tomatoes are the number one ingredient on my shopping list during summer.

And speaking of tomatoes… I stumbled across some beautiful images of tomatoes from quite some time ago. 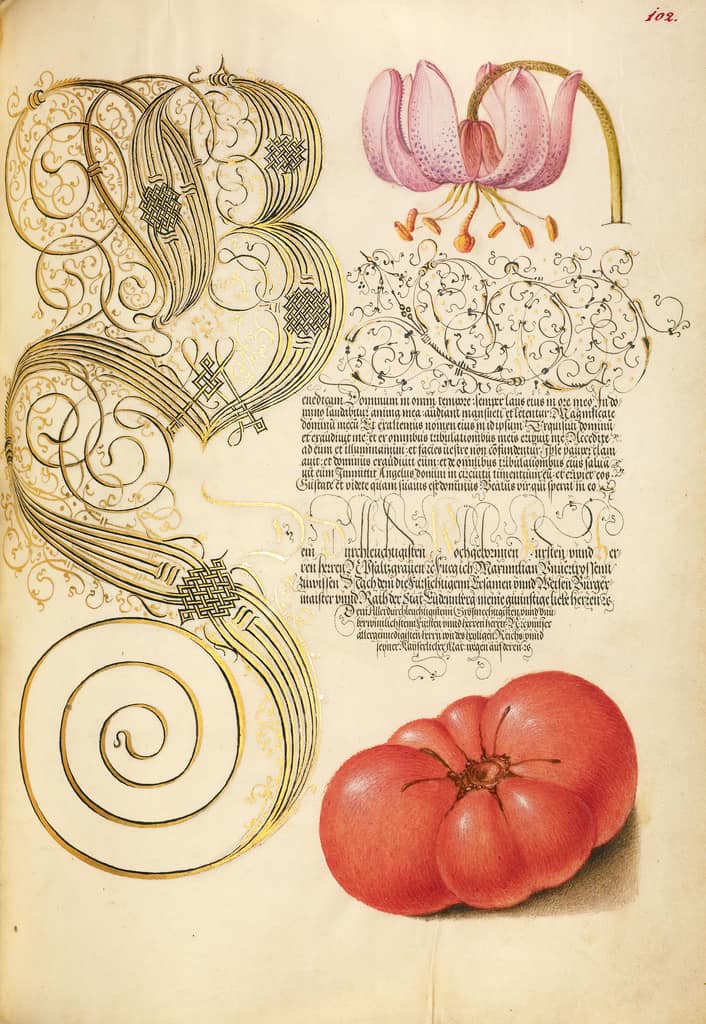 On this first image, the tomato seems to have been just harvested. It has an incredible blush colour and looks quite appetizing: with a drizzle of olive oil and some salt would be enough for me. The second image shows a much more lobed and paler tomato, but which is just starting to ripen judging from the reddish tones. 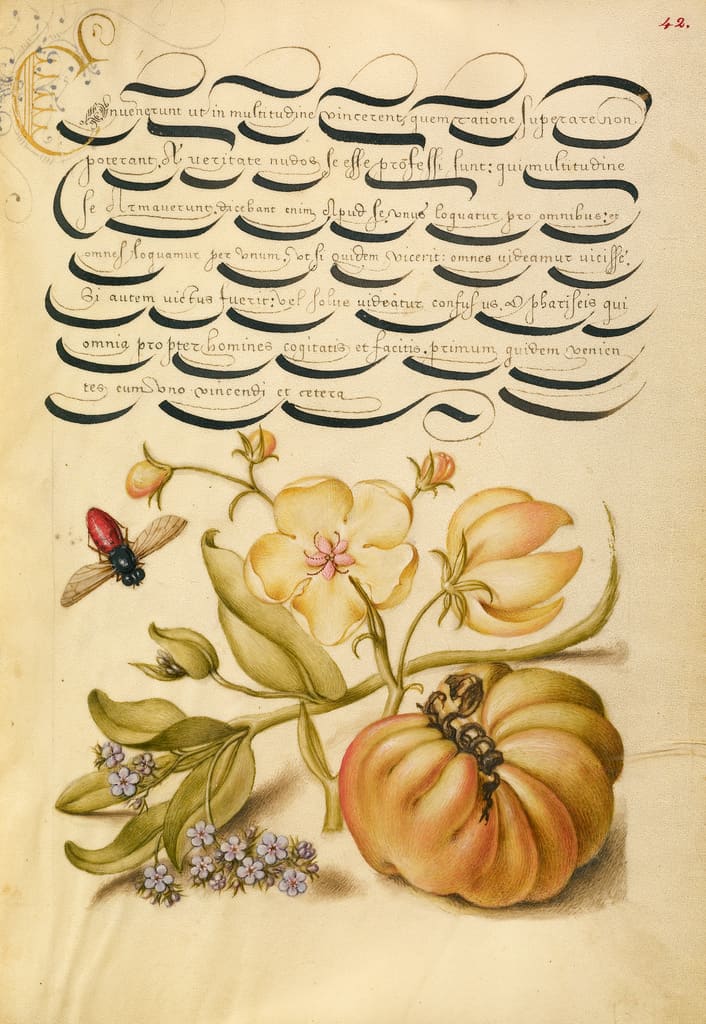 These tomatoes are quite the oldies, as they were painted at the end of the 16th century. A few centuries have gone by since then.

The special thing about these particular tomatoes is that they are one of the first ´portrait´s´ after having crossed the Atlantic Ocean and being introduced in Europe´s society. And what a society, as these images appear in a manuscript that belonged to Rudolph II, Emperor of the Holy Roman Empire. His grandfather, Ferdinand I, commissioned the initial work to his imperial secretary, requesting a collection of his finest calligraphy. A few decades later, Rudolph II requested the illumination of these pages by the hand of his court artist Joris Hoefnagel in order for them to be a part of his exotic cabinet of curiosities, his Kunstkammer.

Hoefnagel made it his duty to fill the pages of the most elaborate calligraphy with all kinds of flora and fauna. The delicate and intricate black and gold lines together with the colourful aquarelles form a true jewel in this manuscript, also due to the reduced size, as it fits perfectly in the palm of your hand.

At that time, the only ´non-artistic´ could have been available in books on botany that, for example, the emperor could have had in his collection. However, it is likely that Hoefnagel could have seen a tomato in person during his countless journeys before being appointed at the court. He travelled through great parts of Europe elaborating his famous city views, amongst which the city of Seville. It´s highly likely that the tomato was introduced through this city, as all the ships coming from the Americas docked in Sevilla. 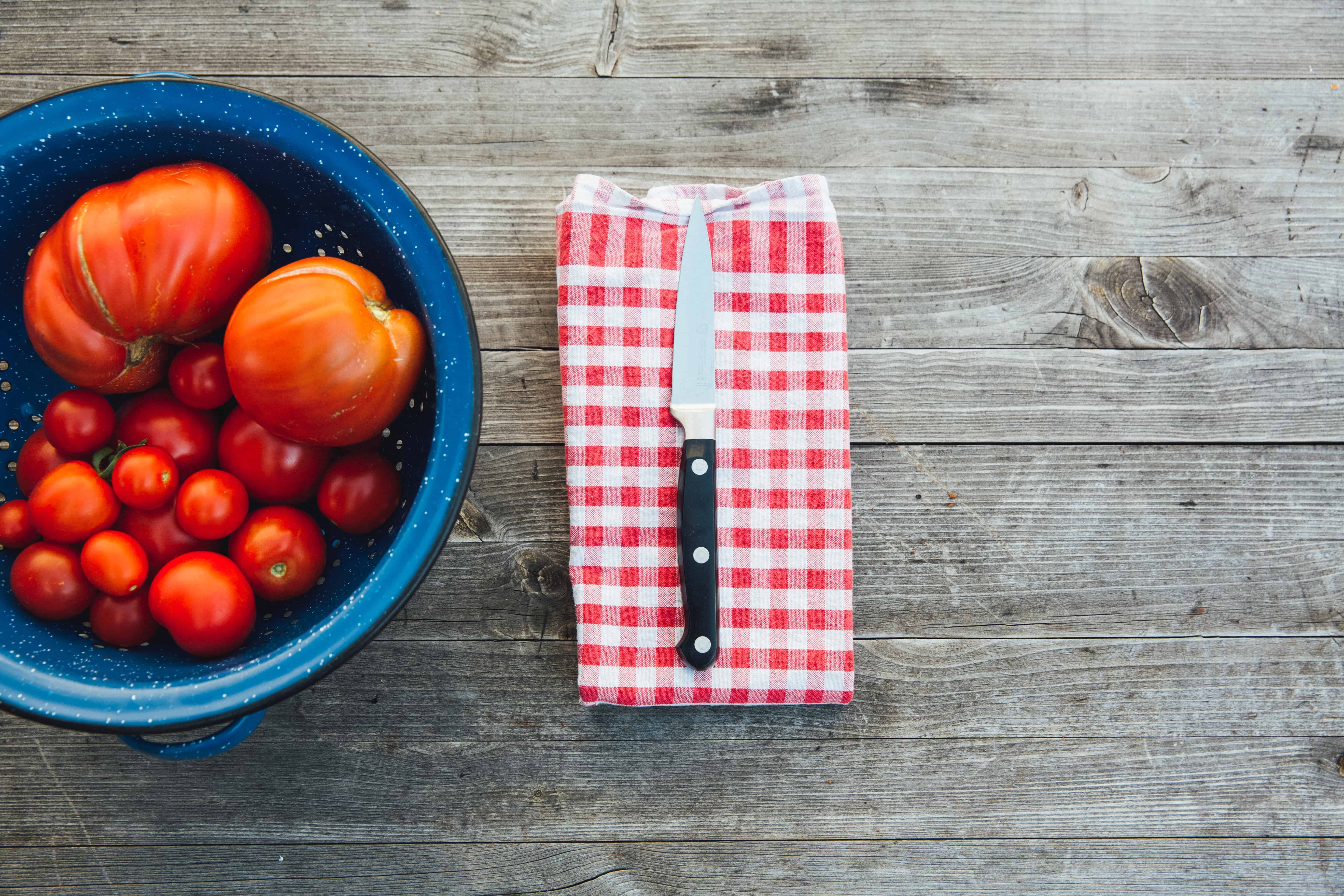 Photo by Markus Spiske on Unsplash

Is it thus possible, that Hoefnagel made his first drawings from this fruit in Sevilla, and included them later on in the manuscript? It´s hard to say, but there is a possibility.

It may not yet have been considered a nutritious ingredient as it is nowadays, however, we are looking at one of the first artistic ´European´ images of a tomato.

Next time I´m buying tomatoes, I will surely remember these jewels by Hoefnagel and think about the long journey they have made onto our tables.